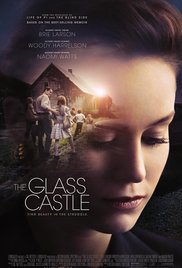 Goodreads Synopsis: The second child of a scholarly, alcoholic father and an eccentric artist mother discusses her family’s nomadic upbringing from the Arizona desert, to Las Vegas, to an Appalachian mining town, during which her siblings and she fended for themselves while their parents outmaneuvered bill collectors and the authorities.

My View: This book tore out my heart and stamped on it, again and again until I couldn’t breathe anymore. Oh, the feels. And to know that this was someone’s reality, the way they were born and brought up and lived. It’s just too much.

I couldn’t help but draw a comparison with Angela’s Ashes even though they are starkly different from each other. But the pain sometimes has no identity. It meshes from one into another and goes on until you emerge out of it stronger than you would have ever been.

It’s hard to believe Walls is where she is and with every single word of the book, I commend how far she has come. The author being the narrator was the best thing ever because she knows the inflections, the pauses, the pain. This is her story and no one could have read it better than her.

This book is devastating. It would melt your heart. It would wrench at your insides. It would make your stomach cramp but you would want to keep listening, waiting for it to get better. Does it? Get better? Read and find out for yourself.

Every once in a while comes a book that makes every book before it, disappear into the oblivion. This is one such book. Pick it up. Get into Walls’ world, see it from the inside.

Jeannette Walls is a writer and journalist.

Born in Phoenix, Arizona, she graduated with honors from Barnard College, the women’s college affiliated with Columbia University. She published a bestselling memoir, The Glass Castle, in 2005. The book was adapted into a film and released to theaters in August, 2017. 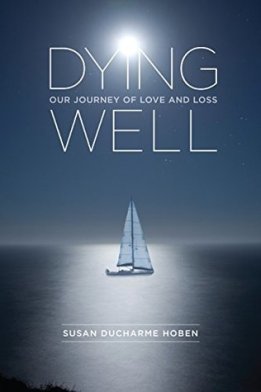 Dying Well is an inspiring love story telling of how a man celebrated life while facing his death with grace and dignity. His widow guides you through decisions made and actions taken on their nine-month journey from diagnosis through celebrations and goodbyes, to a peaceful death free of fear and regret. She shares lessons learned as their family came to terms with her husband’s impending death and found ways to make this last stage of his life as loving and joyous as possible. This uplifting end-of-life story offers a thought-provoking perspective on dying, one that may help you and those you love achieve what’s most important at the end of your lives.

My View: I haven’t been taking on review requests, for the most part, considering my reading is moody and I pick up books from the library and then I buy some to participate in buddy reads. However, when the request for review for this one came in, I immediately said yes. One reason being I am focusing a whole lot on non-fiction this year. And secondly, the book’s synopsis spoke to me both psychologically and as a person. So here I am.

It’s easy to get tangled in Susan’s life without realizing it. She weaves her life into a story, introduces the characters, makes us get a feel for them before venturing on to what happens to these characters. And this is precisely what happened. Reading ‘Dying Well’ is not just about life and death but so much more. About family and relationships and savoring the joyous moments of life.

Susan comes across as courageous, practical, well organized and someone who has her head firmly planted on her shoulders. And through her words, we get to know Bruce, her husband who knew what he wanted and how he wanted it in the face of death when most people would crumble and hang onto every thread of life left.

Reading this book is taking a journey with Susan, a difficult one but it has its moments of celebrations and joys that make us feel proud of their entire family and experience a sense of contentment about how Bruce lived the last few months of his life.

This book is about embarking on a journey with bravery and courage. It’s a lesson in dying and how to do it well; how to really live until the last moment of one’s life when death is staring you in the eyes. This ensures there are no regrets and you have lived your life well.

It’s a must-read for anyone and everyone who has a family member with a terminal illness or is undergoing one, themselves. It gives you a perspective of how until death arrives, every moment of life is to be celebrated and made use of, with friendships fostered and relationships made even richer.

Giveaway – 1 Paperback Copy of Dying Well (US/ CAN) 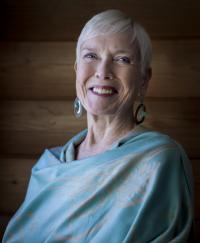 Susan didn’t set out to be a writer but when life presented her with a compelling story that needed to be told, she rose to the challenge, beginning a new phase of her life. She hopes that what she learned can help the reader, or someone they love, achieve what’s most important to them at the end of their lives.

Susan Ducharme Hoben is a former executive consultant with IBM’s Strategy and Change Consulting practice. She put her mathematics degree from Cornell University and graduate studies at Georgia Institute of Technology to good use in a thirty-five-year career in information technology that began with systems engineering with IBM and ended with consulting. Upon retirement, Sue founded a travel journal about luxury barging in Europe.

Susan lives in Connecticut on ancestral land, and frequently visits her six granddaughters (and their parents) in Silver Spring, Maryland, and Nashville, Tennessee. She celebrates life every day, never turning down an invitation, especially if it involves travel or dancing. Since retirement, in addition to regular sailing trips in the British Virgin Islands and barging trips in France, she seeks to expand her horizons by exploring a new destination each year, whether on safari in Africa, trekking the High Atlas Mountains of Morocco, sailing the Gulf of Thailand, or striking a yoga pose on the mountain peak that rises 850 feet above Machu Picchu. 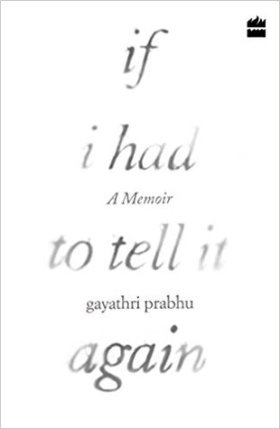 There would be no funeral. He had donated his body to the local medical college. It was part of his script, his fantasy about death. He would show his hospital donation certificate to anyone who came to our house. No rituals for me, he would announce. To his mind there was some justice in being cut up by medical students. He had wanted to be a doctor.
There is his corpse, lying on the floor, people constantly milling around, talking about his untimely, unfortunate death, while I stare at everyone in dry-eyed annoyance. He had always been a popular man, much loved, generous to a fault to his neighbours, even if angry towards his own family. I just want him gone from the house. When the van from the morgue comes to pick him up, everyone urges us to touch his feet, to ask for his blessings. It is expected from children of dead parents. Everyone watches us.

You first, an old man points to me, my father s first-born.

I bend down, my fingers touch his feet.

In my mind the words form, loud and distinct I forgive you.

My View: That bare, sparse cover is a true fit for this book. It radiates what is within. The hazy memories of a lifetime gone by, the words disappearing before they are written. Written hurriedly without a thought given to the capitals. Flowing over the page, unbidden, unstoppable, like a river in motion.

This book is not an easy read. I cannot even fathom how difficult it would have been to write. At one point, the author explains why memoirs are less frequently written in our country. Because they will be read by relatives, neighbors, and friends. We belong to a  country in which people hide their shame and do not air their dirty laundries in public. But whose shame is it anyway?

The book transcends various forms of narratives and undergoes time lapses. The reality is seen via a play, heard by the author herself or told in the third narrative as if the author wants to distance herself from what is being said. As if it’s not her past. As if she wants to disown what has gone by. And who wouldn’t? With a life like that, anyone would want to hide the past under covers and never look at it again. But herein, the author stays true to what her father wanted her to be. Brave, unafraid, facing her demons, standing upto family, relatives and friends in baring the reality and brushing nothing under the carpet.

There it is, the stark, naked truth for you to see, feel and abhor. Everything that we hide, turn away from, refuse to believe, deny. The workings of our families, our societies, the bleak knowledge of mental illness and our ignorance.

When it began, it felt more like a book about the author’s journey with her father. It was only past page 80 when we began to get more than just a glimpse of her which is when the book took on a completely different turn. And I found myself falling into the vortex of her mind, feeling, experiencing, detesting.

The to and fro narratives, free of progressive timelines gave a disconnected, jarring feel to the narrative. But I believe that reflects the life of the narrator as it really was. It hasn’t been an easy one. So when a friend of the author tells her she is strong, I concur. It takes someone with an immense strength to undergo all that she has. No one can come unscathed from these experiences and neither did she. But to have come a long way and making the most of her life is what she has excelled at.

The lack of names in the memoir, identified usually by a single alphabet, a G, a N. It felt disconcerting. Not to know the names, not to know the characters well. Not to know about the author’s mother, her name, more about her. But I think this memoir is more a father-daughter’s story than anything else and the author wanted to stay true to it. Others are just passing characters in this real-life story and have been kept nameless so that we can bypass them quickly without sparing them a thought. They aren’t as important to the narrative, to the journey the author wants to take us on.

The writing is easy to read, flows well and helps the reader understand the dilemma, the uncertainty and the storm occurring within the author. This memoir is a testament to life’s difficulties and the odds against which a person rises despite being pulled down, over and over again. It’s a narrative of a difficult childhood, multiple instances of physical and sexual abuse, resulting depression, and a fight against all of it. It is undoubtedly a memoir worth reading.

Gayathri Prabhu is the author of the memoir ‘If I Had to Tell It Again’ (HarperCollins, 2017) and the novels ‘The Untitled’ (Fourth Estate, HarperCollins, 2016), ‘Birdswim Fishfly’ (Rupa, 2006) and Maya (Indialog, 2003). She presently teaches literary studies at the Manipal Centre for Philosophy and Humanities.

(Thank you Harper Collins for providing me a review copy. All opinions are my own and unbiased.)